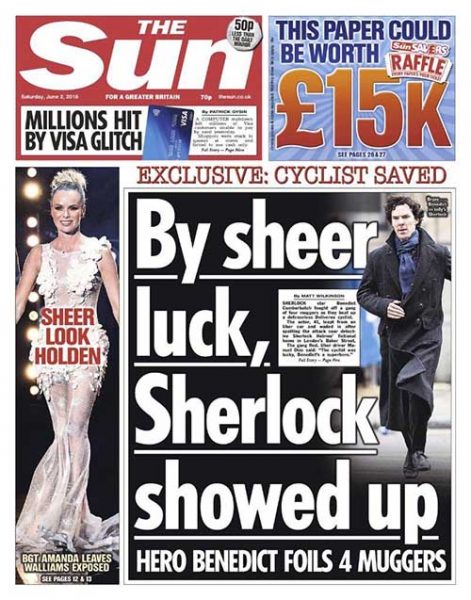 From TV detective to improvised street hero. The popular British actor, Benedict Cumberbatch, 41, has thwarted a robbery by intervening to defend a Deliveroo employee from 4 thugs just round the corner from Baker Street, the London residence of Sherlock Holmes, played by Cumberbatch in the popular television series.

According to the British media reports, the actor was on an Uber car with his wife, Sophie Hunter, when he got out of the car without hesitation to rescue the man.

Some witnesses say they heard Cumberbatch screaming to the attackers ‘Leave him alone’ before intervening when he realised that the gang was not giving up. The 4 tried to hit him, but the actor defended himself and at that point, after realising that he was Sherlock Holmes, the gang escaped.

Interviewed by the Sun on his hero gesture, the actor replied: ‘I had no choice, I had to intervene’.